Nothing is as easy as it looks, and therefore here is a ‘before & after’ photo essay of sorts, showing just a glimpse into the difficulties of decision making and results of said decisions, that can be found in an old home. This ‘Glimpse’ is detailing intercom locations!

1: A location for the new intercom is considered. Requirements: near the hall door, aligned in some way with the switches, reasonable operation height for someone 5′-2 1/2 & someone 6′-0″, consideration of how easily we can get the Cat5e wires to the intercom from the first floor closet. 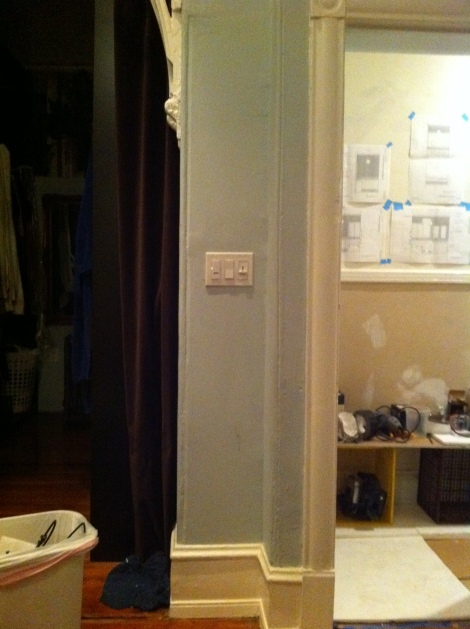 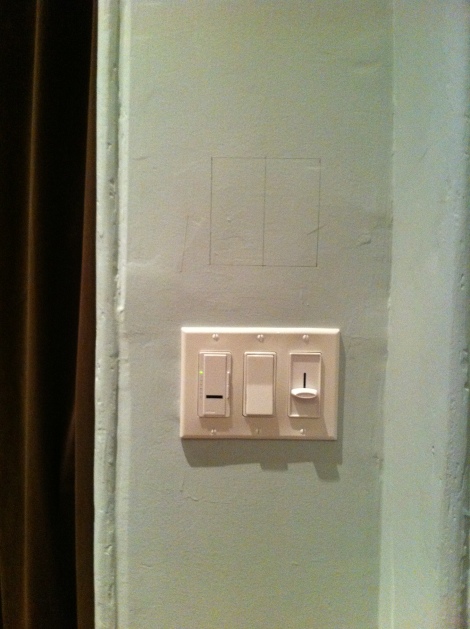 3: We cut the wall out to reveal a hidden gem – the old cast iron switch box. These were really securely attached behind the lath, so when we replaced the electric we decided to leave them in the wall, and my dad had throughly glued blocking inside and patched with drywall. We had forgotten about this guy when picking our location. What to do, what to do: Cut out the box (and possibly destroy lots of plaster/ lath/ create a ton of dust); or cut the box itself with a metal sawzall blade (which could still really destroy the wall). The final option is of course, move the intercom. 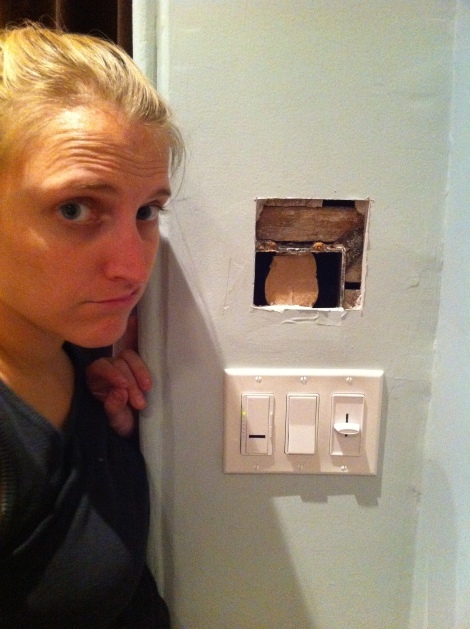 4: We decide to attempt to cut the box. Cast. Iron. Box. with a dremel. It sorta works, so we cut out the blocking. Somewhere along the way, we use a sawzall and two of the four corner connections break. So we cut the other two, cut some lath, and a little elbow grease the box is out! 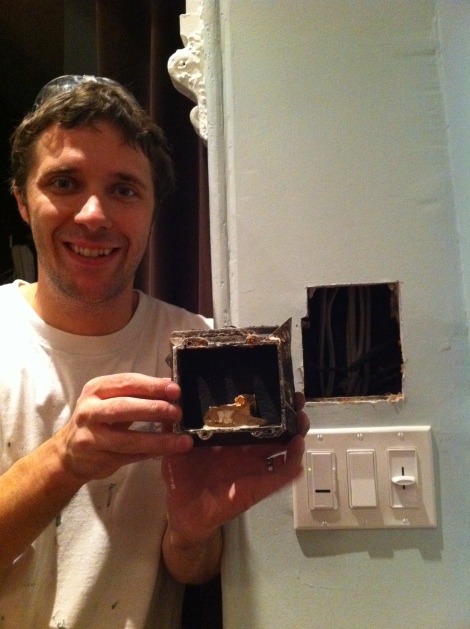 5: Skip a LOT of steps involving trying to get wiring to this location, and here you have it, a few hours later, the intercom unattached but sitting in the opening, with the wire next to it! 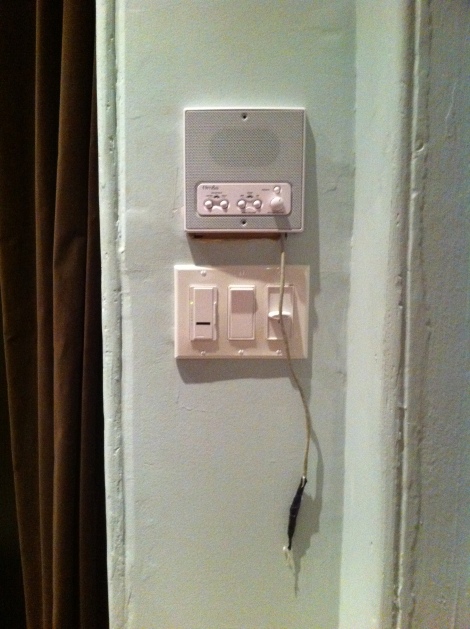 Whew, at least this one was a lot easier. We decided to put it above the door since there is not a lot of wall space and most likely it will only be used as a doorbell/monitor and not access often. 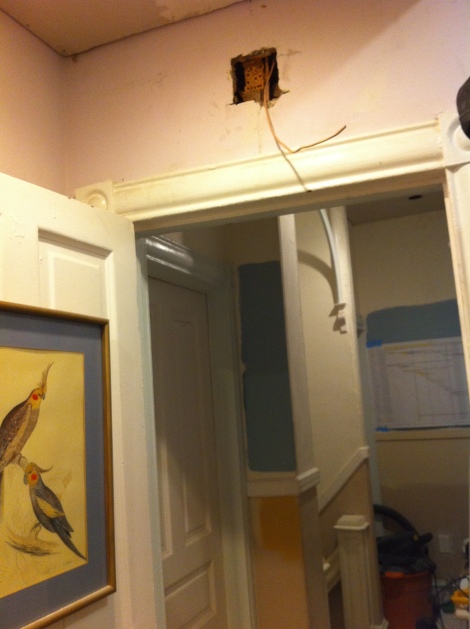 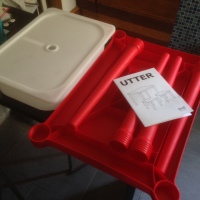 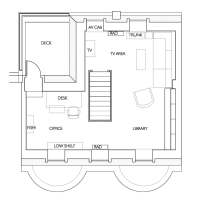