Tonight we completed the prep work for framing the walls. We started by detaching the electrical wires and boxes from the north wall; then took down the stud wall built last fall, which needs to be re-framed to the ceiling (since we removed the upper portion of wall paneling):

Pulling up the base plate was the hardest part, because there were some hidden screws:

A bit of creative fudging around the pex which we had taken thru the studs: 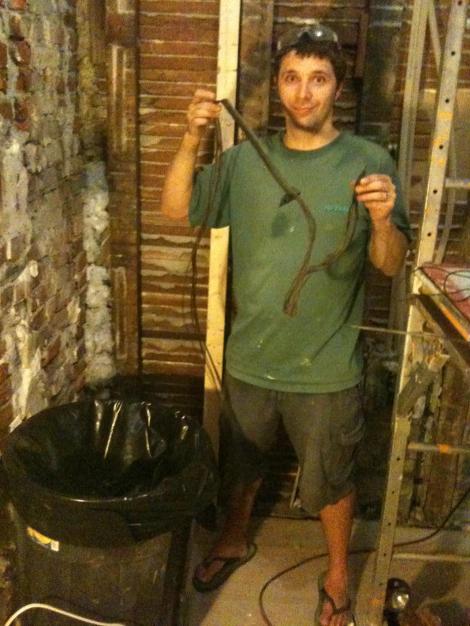 It was sweltering in the workzone tonight… over 97 degrees in September- ug!